Skor.id is looking to revamp launch mobile app to complement their website and wants to add focus for e-sports.

Digitalization and the COVID-19 pandemic has pushed Top Skor, a daily printed sports publication with over 800,000 readers at its peak, to cease publication and transition into an online-only format. Launched as sports-focused news portal, Skor.id has gained traction among Indonesian sports fans with over 400k monthly visits. To increase user engagement and broaden their reader base to include e-sports fans, Skor.id team turns to Dihardja Software to help them launch their mobile apps.

Skor.id team already built a basic Android app where users can read articles. However some of the planned features such as quiz, social login and schedules are not working properly. On top of that, Skor.id also wants to add e-sports portal to host tournaments and e-sports news, all in the same app. The team also plan to launch the app in time for their first-ever e-sports tournament, so we only have around 2 months to build the first version of the app. Our team works together with Skor product team to plan a product roadmap and design a new concept for Skor.id mobile app.

Our design team started with a user research session to compare Skor.id and their competitors. Listening to user feedback, we started to rework the user flows for better user experiences. We also listened to the product team input to create two versions of the app, which is the light and dark version, to align with user’s phone settings and increase readability.

Once the design has been finalized, our development team jumped in to rebuild the iOS and Android mobile app using Flutter. We chose Flutter since the we can use a single codebase to develop both iOS and Android app, saving about 30% of development time. The developers also revamped and added new functionalities to the mobile app backend and content management system to support the new features planned for the mobile app.

The first version of the app has been launched onJune 18, 2021 – only 2 months after the initial project kick off. Since then, our team continues to polish the app and add new features as planned by Skor.id product team. 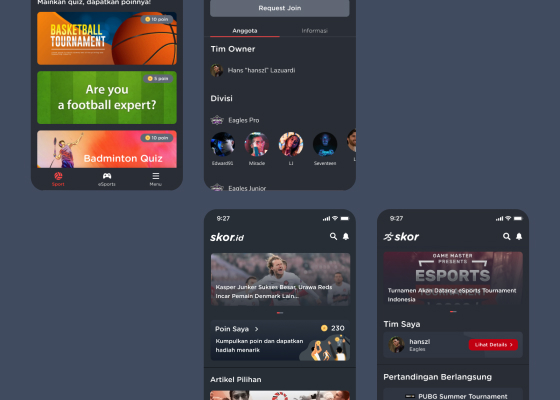 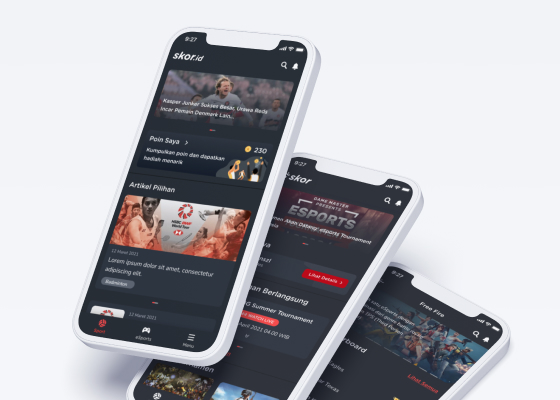 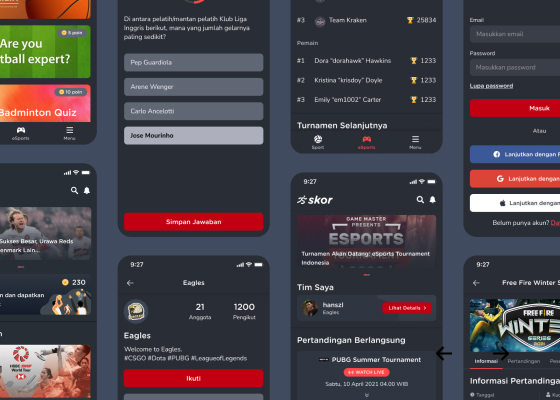 What our client says about our service

Highly professional team
“Very satisfied working with Dihardja Software team in design and development of Skor.id mobile apps. They are highly professional, has good time management, and exceeded our expectations in delivering a quality product in such a short time.”

This website uses cookies to improve your experience while you navigate through the website. Out of these, the cookies that are categorized as necessary are stored on your browser as they are essential for the working of basic functionalities of the website. We also use third-party cookies that help us analyze and understand how you use this website. These cookies will be stored in your browser only with your consent. You also have the option to opt-out of these cookies. But opting out of some of these cookies may affect your browsing experience.
Necessary Always Enabled

Performance cookies are used to understand and analyze the key performance indexes of the website which helps in delivering a better user experience for the visitors.

Analytical cookies are used to understand how visitors interact with the website. These cookies help provide information on metrics the number of visitors, bounce rate, traffic source, etc.

Advertisement cookies are used to provide visitors with relevant ads and marketing campaigns. These cookies track visitors across websites and collect information to provide customized ads.

Other uncategorized cookies are those that are being analyzed and have not been classified into a category as yet.